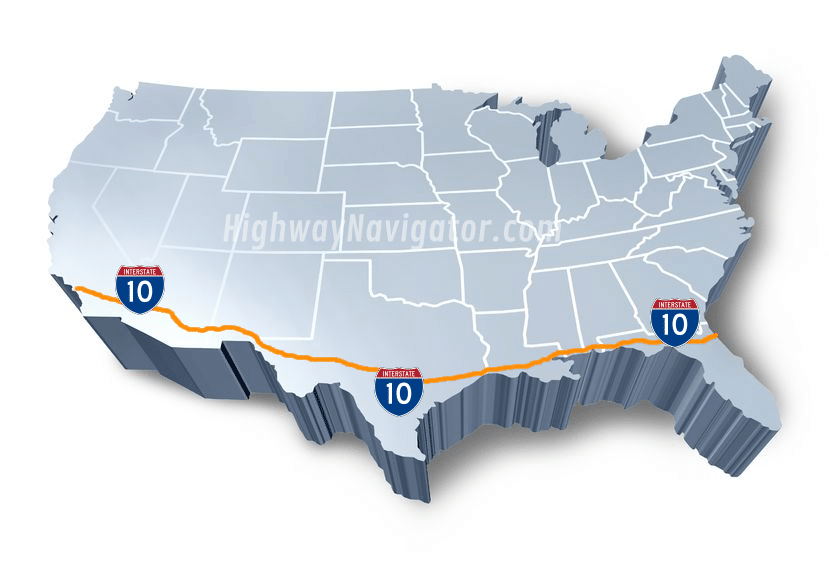 Interstate 10 is the southernmost cross-country interstate highway in the American Interstate Highway System. It stretches from the Pacific Ocean at State Route 1 (Pacific Coast Highway) in Santa Monica, California, to I-95 in Jacksonville, Florida. The populous cities that I-10 connects to includes (from west to east) Los Angeles, Phoenix, Tucson, El Paso, San Antonio, Houston, Baton Rouge, New Orleans, and Jacksonville. This freeway is part of the originally planned Interstate Highway network that was laid out in 1956, and its last section was completed in 1990. I-10 is the fourth-longest Interstate Highway in the United States, following I-90, I-80, and I-40. About one-third of its length is within the state of Texas, where the freeway spans the state at its widest breadth.