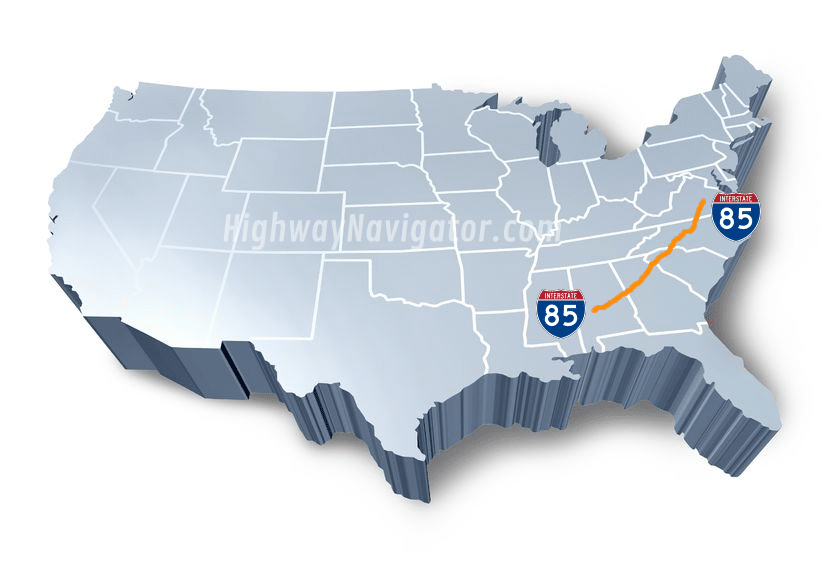 Interstate 85 is a major Interstate Highway in the Southeastern United States. Its current southern terminus is at an interchange with I-65 in Montgomery, Alabama; its northern terminus interchanges with I-95 in Petersburg, Virginia, near Richmond. It is nominally north–south, but physically mostly northeast–southwest. While most interstates that end in a “5” are cross-country routes, I-85 is mainly a regional route, serving five southeastern states. Major metropolitan areas served by I-85 include the Greater Richmond Region in Virginia, the Research Triangle, Piedmont Triad, and Metrolina regions of North Carolina, Upstate South Carolina, the Atlanta metropolitan area in Georgia, and the Montgomery metropolitan area in Alabama.