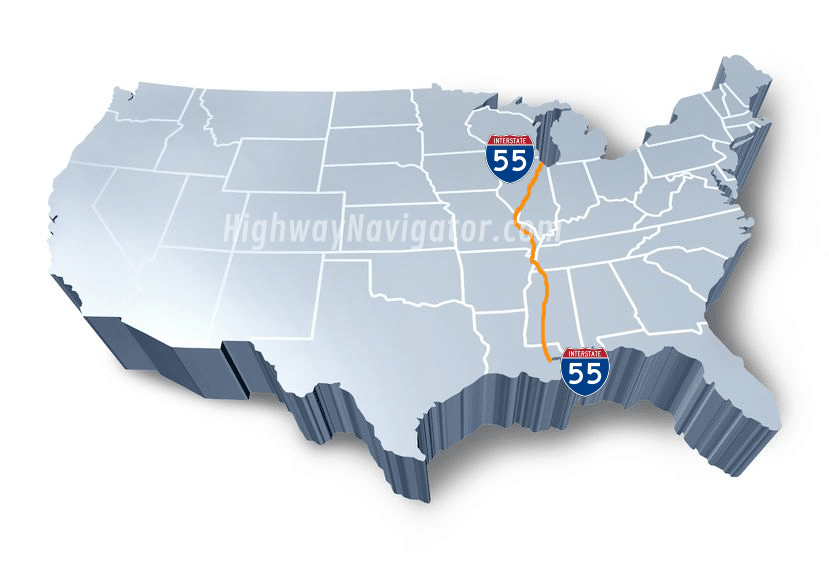 Interstate 55 is a major Interstate Highway in the central United States. As with most interstates that end in a five, it is a major cross-country, north-south route, connecting the Gulf of Mexico to the Great Lakes. The highway travels from LaPlace, Louisiana, at I-10 to Chicago at U.S. Route 41 (US 41, Lake Shore Drive), at McCormick Place. The major cities that I-55 connects to includes (from south to north) Jackson, Mississippi; Memphis, Tennessee; and St. Louis.

The section of I-55 between Chicago and St. Louis was built as an alternate route for US 66. It crosses the Mississippi River twice: once at Memphis, Tennessee, and again at St. Louis, Missouri.