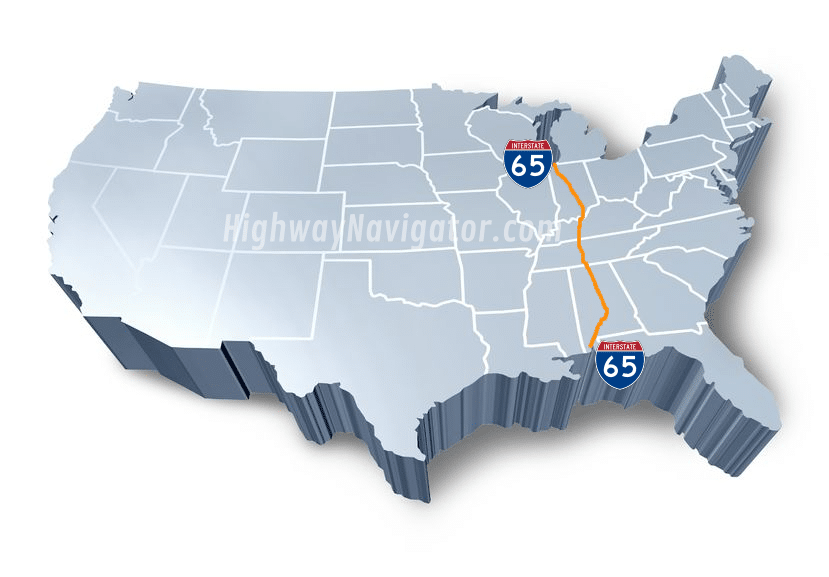 Interstate 65 is a major Interstate Highway in the central United States. As with most interstates that end in a five, it is a major cross-country, north-south route, connecting the Gulf of Mexico to the Great Lakes. Its southern terminus is located at an interchange with I-10 in Mobile, Alabama, and its northern terminus is at an interchange with I-90, U.S. Route 12 (US 12), and US 20 (the Dunes Highway) in Gary, Indiana, just southeast of Chicago.

I-65 connects several major metropolitan areas in the Midwest and Southern United States. It connects the four largest cities in Alabama: Mobile, Montgomery, Birmingham, and Huntsville. It also serves as one of the main north–south routes through Nashville, Tennessee; Louisville, Kentucky and Indianapolis, Indiana; each a major metropolitan area in each respective state.