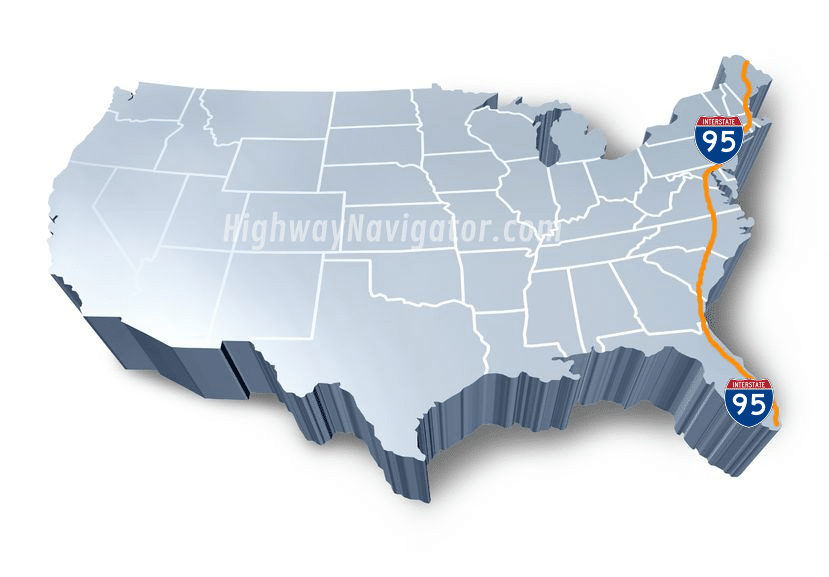 About I-95
Interstate 95 is the main Interstate Highway on the East Coast of the United States, running largely parallel to the Atlantic Ocean coast and U.S. Highway 1, serving areas from Florida to Maine. In general, I-95 serves the major cities of the Eastern Seaboard and metropolitan areas such as Miami, Jacksonville, Savannah, Fayetteville, and Richmond in the Southeast; and Washington, D.C., Baltimore, Wilmington, Philadelphia, New York City, New Haven, Providence, Boston, and Portland in the Mid-Atlantic up to the Northeast. The route follows a more direct inland route between Savannah and Washington, D.C., notably bypassing the coastal metropolitan areas of Charleston and Norfolk-Virginia Beach, which require connections through other Interstate Highways.