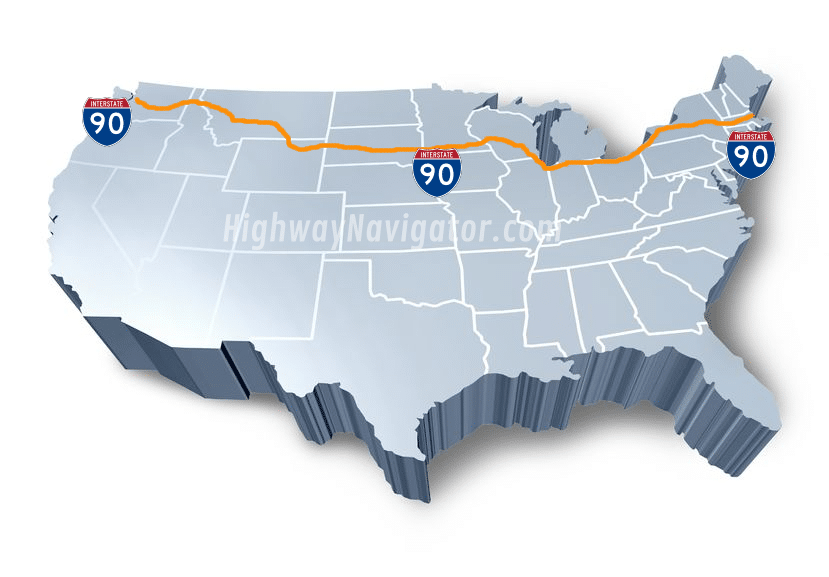 Interstate 90 is a transcontinental freeway, and the longest Interstate Highway in the United States at 3,020.54 miles. Its western terminus is in Seattle, at State Route 519 near Safeco Field and CenturyLink Field, and its eastern terminus is in Boston, at Route 1A near Logan International Airport. The western portion of I-90 crosses the Continental Divide over Homestake Pass just east of Butte, Montana, connecting major cities such as Spokane, Washington, Billings, Montana, Sioux Falls, South Dakota, and Madison, Wisconsin. East of the Wisconsin-Illinois border, much of I-90 follows several toll roads, many of which predate the Interstate Highway system. The Jane Addams Memorial Tollway, Chicago Skyway, Indiana Toll Road, Ohio Turnpike, New York State Thruway, Massachusetts Turnpike, and the Ted Williams Tunnel are all toll roads used by I-90 in the eastern half of the country. The Interstate is not tolled through some segments in downtown Chicago; Greater Cleveland and the rest of Northeast Ohio; Erie and the rest of Northwestern Pennsylvania; and through brief sections near Buffalo and Albany.