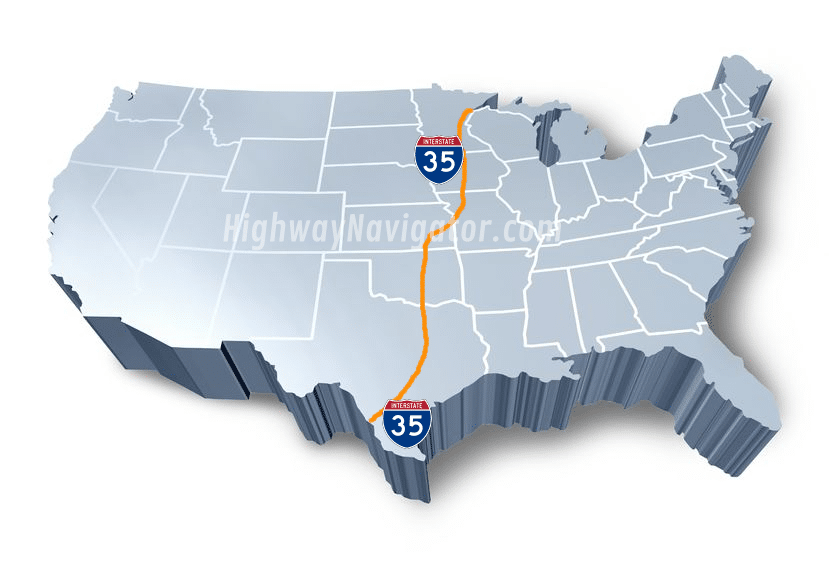 In addition to the Dallas-Fort Worth and Minneapolis-Saint Paul areas, the major cities that I-35 also connects to include (from south to north) San Antonio; Austin, Texas; Oklahoma City; Kansas City; and Des Moines.