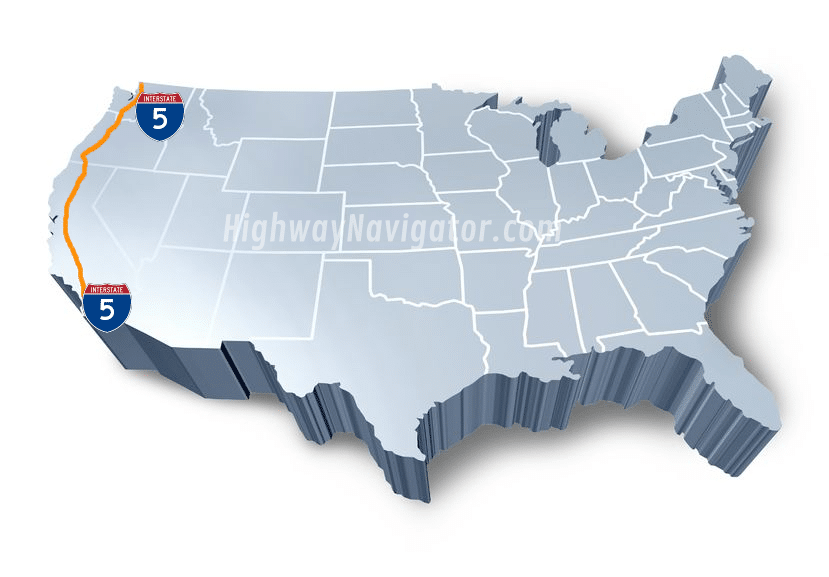 Interstate 5 is the main Interstate Highway on the West Coast of the United States, running largely parallel to the Pacific coast of the continental U.South. from Mexico to Canada. It travels through the states of California, Oregon, and Washington, serving several large cities on the U.South. West Coast, including San Diego, Los Angeles, Sacramento, Portland, and Seattle. It is currently the only continuous Interstate highway to touch both the Mexican border and the Canadian border. Upon crossing the Mexican border at its southern terminus, Interstate 5 continues to Tijuana, Baja California as Mexico Federal Highway 1. Upon crossing the Canadian border at its northern terminus, it continues to Vancouver as British Columbia Highway 99.