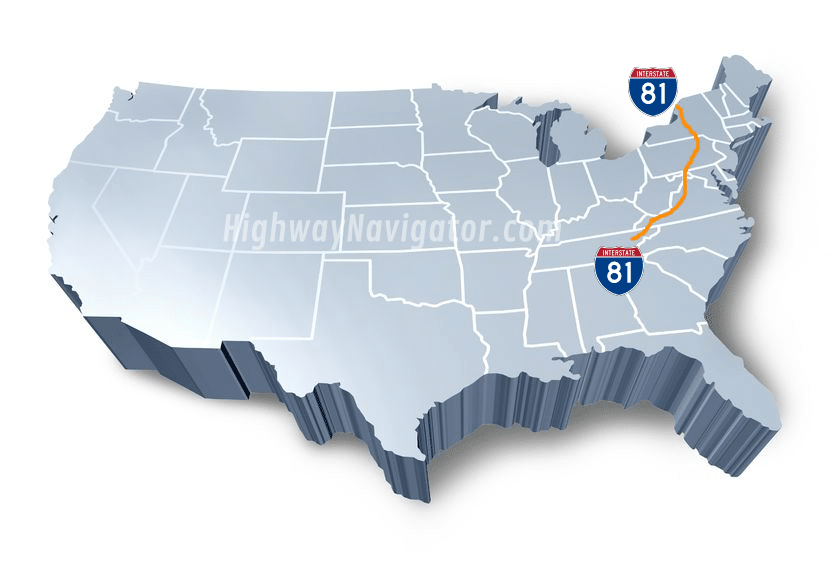 Interstate 81 is a north–south Interstate Highway in the eastern part of the United States. Its southern terminus is at I-40 in Dandridge, Tennessee; its northern terminus is on Wellesley Island at the Canadian border, where the Thousand Islands Bridge connects it to Highway 401, the main Ontario freeway connecting Detroit via Toronto to Montreal. The major metropolitan areas that I-81 connects to include Harrisburg in Pennsylvania and Syracuse in New York.

I-81 largely traces the paths created down the length of the Appalachian Mountains by migrating animals, American Indians, and early settlers. It also follows a major corridor for troop movements during the Civil War. These trails and roadways gradually evolved into U.S. Route 11; I-81 parallels much of the older US 11.[2] Being mostly rural, it is heavily used as a trucking corridor, often as a bypass of the busier I-95 to the east.